When I was a wee lad, and I didn’t quite want to admit that wrestling was scripted, I absolutely hated this man. Which is good for him — Easy E was playing a villain, and the mark of a great heel in wrestling is that the fans don’t like him (unless they’re the contrarian types who wore nWo shirts). 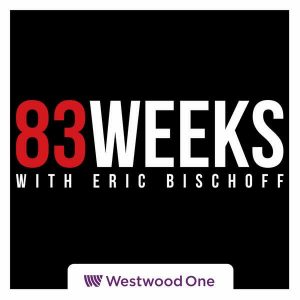 However, now that I’m an adult, and sort of out of the wrestling fandom, I appreciate Eric Bischoff’s talent in putting together several great years of WCW entertainment. I mean, really — some of the greatest things in the Golden Age of the late 1990s came under his watch, and the WWF (now WWE) had to really up their game to compete. (And the upping got out of hand in the early to mid-00s, which is why I tuned out…)

Now, however, Eric is releasing a regular podcast talking about the business. It is extremely entertaining, and he’s got a lot of inside knowledge. His years of appearing in front of an audience makes him great on the microphone, too — there’s no amateur hour going on while he’s recording — and the takes he lays out on the history of the business are nothing short of fascinating.

If you are at all a fan of wrestling, or were in the mid-to-late 1990s, this podcast is a must listen. I can’t think of anything else to say or any higher praise: you’ve gotta hear this. Even if you were like me, young and dumb and hating on all the heels. Because how dare they be villains.